The first targeted area is a North African country Morocco, located in the northwest corner of Africa. The country is governed by an arid to semi-arid climate. With a share of 15% in GDP (average 2000-2005), 45% of the total population (80% in rural areas) and 85% in total water use, agriculture is a sector of strategic significance in Morocco. Grains are key food in Morocco with a consumption of 210 kg per capita, one of the highest in the world (159 kg at world level) which is still not entirely covered by local production. The Moroccan agriculture is greatly dependant on rain-fall. The rain-fed area represents 85% of total arable land which is about 87 000 km2, concentred on the northwest part of the country. 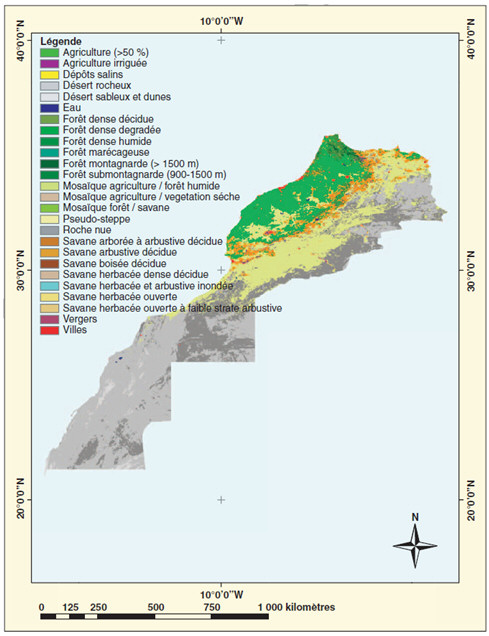 Agricultural land (green area in colour image or dark area in BW image) in
Morocco is (almost) exclusively located on the northwest of the country
(provided by R. Balaghi based on GLC 2000)